Back To Blog & News 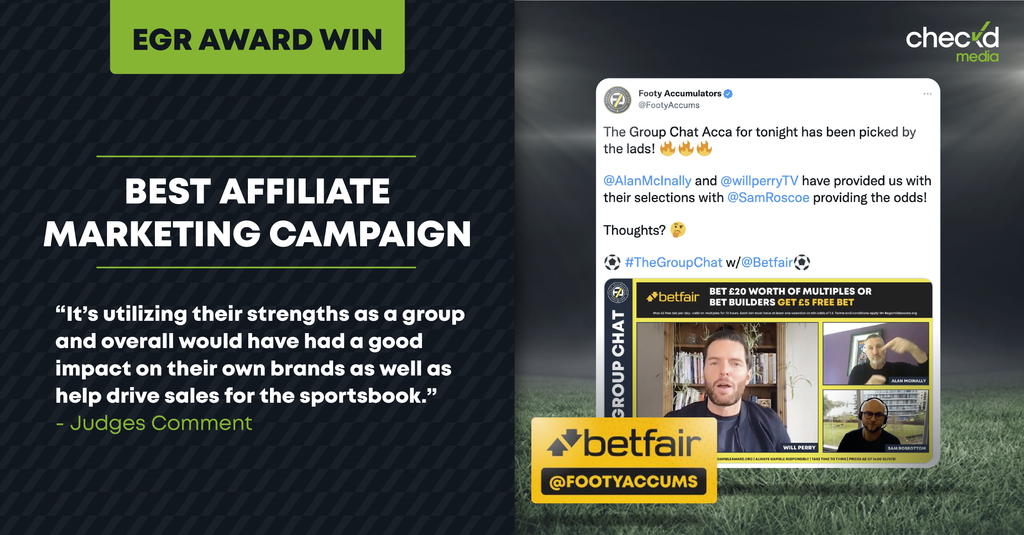 Last week we attended the EGR Operator Awards where we won ‘Best Affiliate Marketing Campaign’ for our work positioning Betfair as the first port of call for accumulator betting.

This was achieved with consistent content like ‘The Group Chat’ which features some of our ambassadors such as Will Perry & Alan McInally. These shows featured varied subject matters while also including Betfairs offers such as their Multiples offer and Same Game Muli promotions. This content was also shared via our own brands like Footy Accumulators as well as Betfair's own channels as the season progressed.

All of our filming for the Group Chat was done remotely and supported by on-screen graphics that helped to show off the stats, opinions, and offers from our presenters. Throughout the campaign, we totaled around 100,000 weekly video views and gathered 158,000 engagements on Twitter from a relevant audience.

Here’s what the judges had to say:

“Checkd have cracked it really”

“The UK market begin as competitive as it is, these types of socially driven pieces that aren’t overly tied to a book are really smart. The reaction across social media is really decent in terms of the numbers and the internal success metric is impressive”

In addition to the ‘Best Affiliate Marketing Campaign’ award, we won we were also nominated for Affiliate of the Year & Best Sports Affiliate which we didn’t win but we’ll be aiming to pick those up next year! 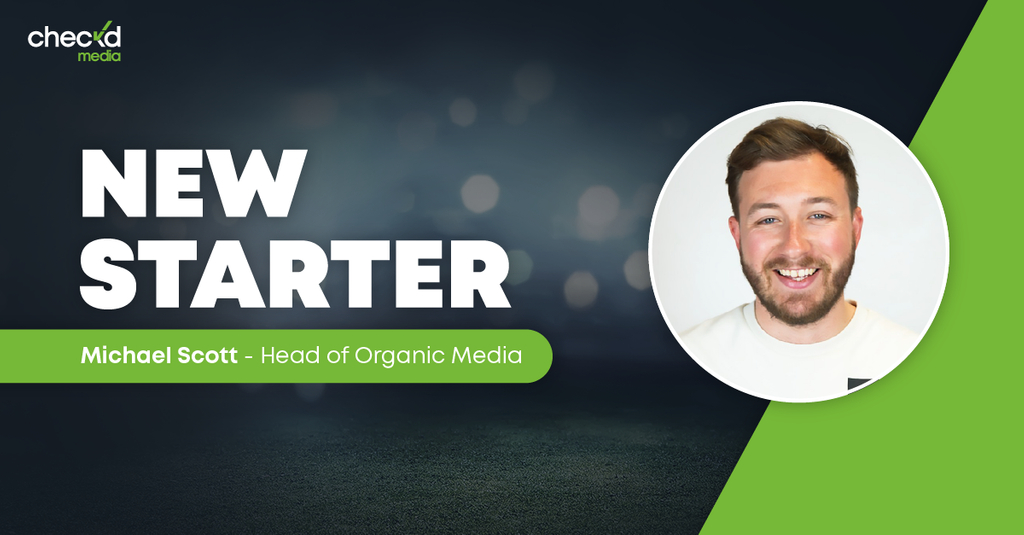 Checkd Media has hired Michael Scott in the newly created role of Head of Organic Media as it seeks to further build on recent successes.

Checkd Media has hired Michael Scott in the newly created role of Head of Organic Media as it seeks to further build on recent successes.