Back To Blog & News

Fast-growing igaming technology business Checkd Dev has built a free-to-play Sky Sports Fantasy Football (SSFF) game that the operator will launch ahead of the 2022 World Cup.

The SSFF platform, which includes integrated customer management elements from Sky Betting & Gaming, will be available to play through native iOS and Android apps and the SSFF website. It follows an ongoing campaign providing the domestic Premier League competition app and platform to Sky Sports.

In addition, Checkd Media is back in its role as the promotional partner for the World Cup game. The extension of the relationship follows a campaign that achieved over 18 million impressions and 1.5 million views during 2021-22, before Checkd Media was re-selected to drive awareness ahead of the current Premier League season.

Checkd Dev’s production of a fully rebuilt, future-proofed app and web-based platform for the game was bolstered by an outstanding and unrivalled stability record during 2021-22, with SSFF experiencing no downtime across the whole season.

The World Cup project is the latest of several high-profile media alliances for the tech development arm of Checkd Group.

Adam Patton, Checkd Dev MD, said: “The World Cup is the pinnacle of the global game and it’s fantastic to have been presented with the opportunity to create a Sky Sports Fantasy Football game around it. The news follows on from our creation of a platform last season that not only contained improved functionality but also a great deal of stability.

“Sky Sports Fantasy Football is a sophisticated and popular game that fans love and it’s a major boost for the Checkd Group to be the key delivery partner once again following a similarly successful second season in 2022-23, in which we once again leveraged our highly engaged social audiences.”

Luke Lockwood, Sky Bet Senior Product Manager, said: “Sky Sports Fantasy Football is a hugely popular game and it is vital that we utilise a platform that provides stability as well as enhanced features for our players. We believe Checkd Dev will deliver a World Cup contest that delivers the goods across mobile and desktop platforms, while as our promotional partners Checkd Media will make plenty of noise around the game to help drive sign-ups.”

Will Tyrrell, Director of UK Media, said: “It has been fantastic to see Sky Sports Fantasy Football engage so well with our communities once again this season following the promotion of the competition through our popular channels. We look forward to putting together a similarly entertaining and engaging campaign around the World Cup game to capture the imagination of our audience.” 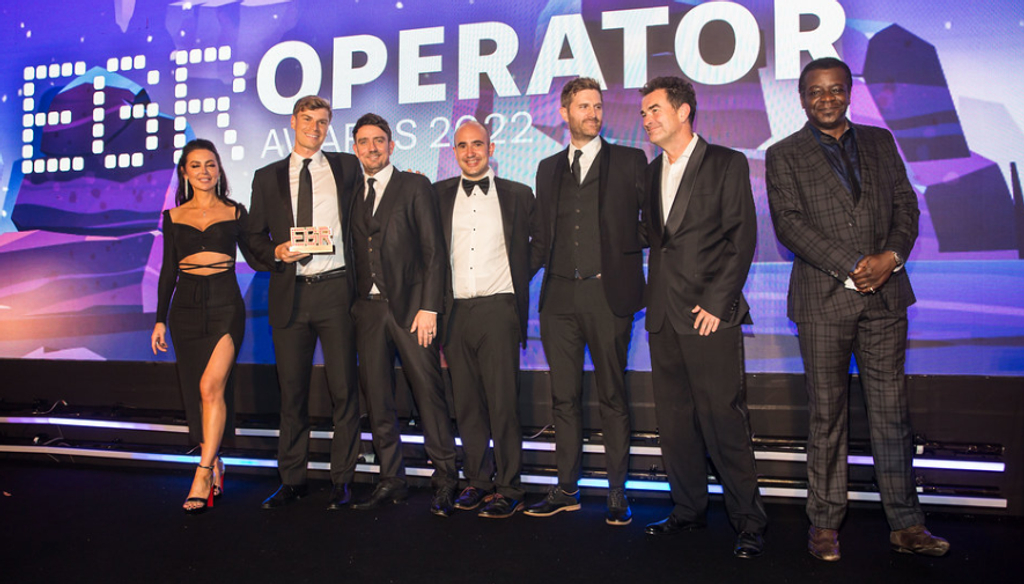 Checkd Group has picked up the Marketing Campaign (Affiliates) award at the prestigious EGR Operator Awards in London.

Checkd Group has picked up the Marketing Campaign (Affiliates) award at the prestigious EGR Operator Awards in London.